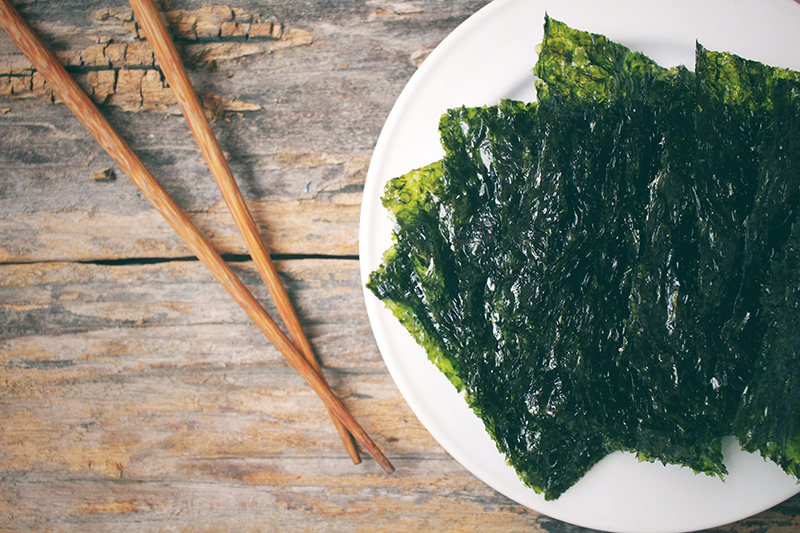 On the way to finding smart food

Now, these days, a concept has developed to eat well for a healthy future and future generations, which creates great awareness among healthy aspirant consumers and leads their culinary activity toward a better lifestyle. Terrestrial, land-based food is not the only source of nutrition; other sources, such as ocean-based food, are also excellent sources of nutrition. In this way, seaweed might be a potential smart food source for consumers. It can be incorporated into the creation of novel fast-food formulas or hybrid combinations, as well as into other components such as pasta, noodles, snacks, etc. 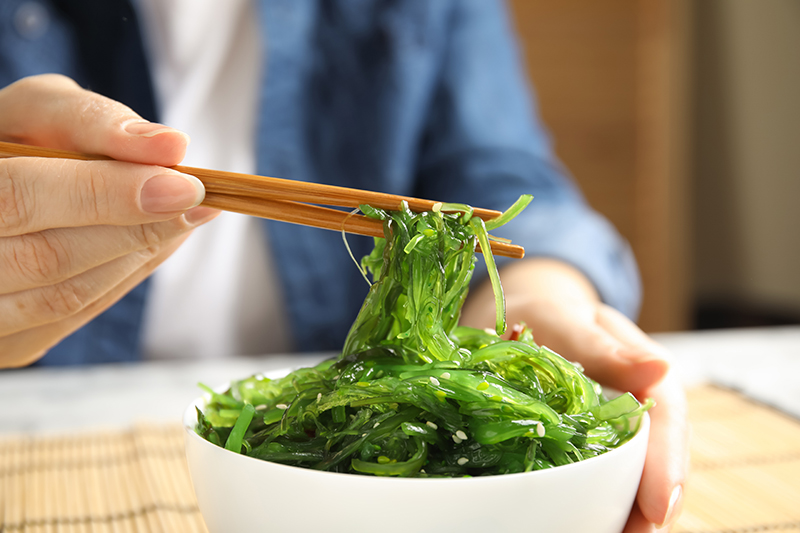 There are two types of seaweed: macroalgae (seaweed) and microalgae (algae, phytoplankton, and cyanobacteria, such as spirulina species). Both groups are industrially used for the formulation of nutraceutical food supplements or the design of functional foods. There are three types of marine seaweed classified as per their appearance: brown algae (Phaeophyta), red algae (Rhodophyta), and green algae (Chlorophyta). Compared to food from terrestrial plants or animals, it has 10 to 100 times more minerals and vitamins.

What are the significant advantages of seaweed?

Seaweed is a good source of Omega-3 fatty acids, DHA, EPA, protein, and vitamins, as well as minerals like iodine. Omega-3 fatty acids, DHA, and EPA are good sources for a vegetarian or vegan diet. Nutritionally speaking, there are plenty of sources for vitamins like A, D, E, K, C, B1, B2, B9, and B12 and minerals as micronutrients, including folate, calcium, magnesium, zinc, selenium, and cobalt as co-factors of the vitamin B12 complex. It is configured with high-dietary fiber, low-calorie, and nutrient-dense foods that have multidimensional uses for patients. Seaweed is used for more than just cooking; it also plays a significant part in our ecosystem’s ability to sequester carbon, which helps to reduce the threat of global warming.

Several research studies have shown that most of the coastal dwellers who consume seaweed as food in their daily lives are remarkably less threatened by type-2 diabetes, obesity, cancer, hypertension, cardiovascular disease, and metabolite disturbance. Seaweed is the prime source of several bioactive compounds, including fucoxanthin, phlorotannins, and other polyphenol compounds that have well-known medicinal value for use in functional food formulation. Seaweed is also used for goiter and scurvy treatment, and it works to heal wounds, burns, and rashes. Therefore, its multidimensional benefits encourage mass seaweed aquaculture among coastal dwellers, and the government encourages seaweed production in several coastal regions due to the low cost of the crop and its high economic value as produced for hydrocolloid gelling properties, such as alginate, carrageenan, and agar, which are used in the formulation of food products. This type of initiative helps the coastal ecosystem.

What kinds of seaweed dishes are there?

Most of the coastal dwellers of Asian countries used seaweed in culinary activities and prepared different dishes such as red algae, Kombu, a widely used type of edible seaweed, and Dulse is used like nori and tested as flaky and salty. Nori is a famous Japanese cuisine that is cooked from the red algae species Pyropia yezonesis and P. tenera, which have a thin, dark color and distinct flavor and are mostly used to roll sushi and onigiri rice balls.

Seaweed food is not a well-known cuisine in India, but it is experiencing rapid growth in food-related industries due to its nutritional or nutraceutical value. Some common edible seaweed species, such as Gracilaria edulis and Acanthophora spicifera, are used in south India. Some seaweeds, like red algae, are potent sources of agar and carrageenans, which are used as food additives.

What are the main challenges of using seaweed as food?

Seaweed has one of the drawbacks that has been reported heavy metal contamination, which must be addressed scientifically or maintained using the standard mariculture technique. Because of their cell walls, which contain a variety of characteristics (polysaccharides, proteins, sulfate, anionic carboxyl, and phosphate groups), seaweeds are a soft target for the accumulation of heavy metals from the surrounding environment, which must enhance metal bioaccumulation compared to other terrestrial plant species, which is why seaweed presents a challenge to maintain food grade.

How we can help you improve your seaweed-based food products

This problem has two potential solutions: first, proactive action would be taken to ensure that the seaweed mariculture selected area is located far away from coastal leaching areas and coastal industrial areas, and a continuous monitoring system for heavy metal testing of mariculture water would be implemented. The second option is to continuously regulate the heavy metal testing of raw seaweed to stop its entrance into the food chain. Scientists are investigating seedlings or seaweed in modern laboratories. 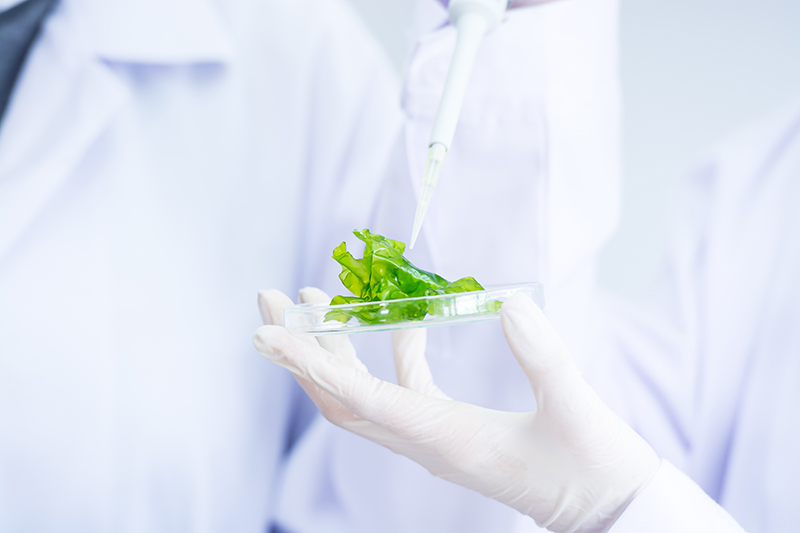 Cultivator Phyto Lab Pvt. Ltd. developed heavy metals testing methodologies for seaweed food or other types of seafood products that comply with and maintain the highest quality of your products in a competitive market. All the limitations and opportunities can be carefully addressed during the formulation of food-grade seaweed.