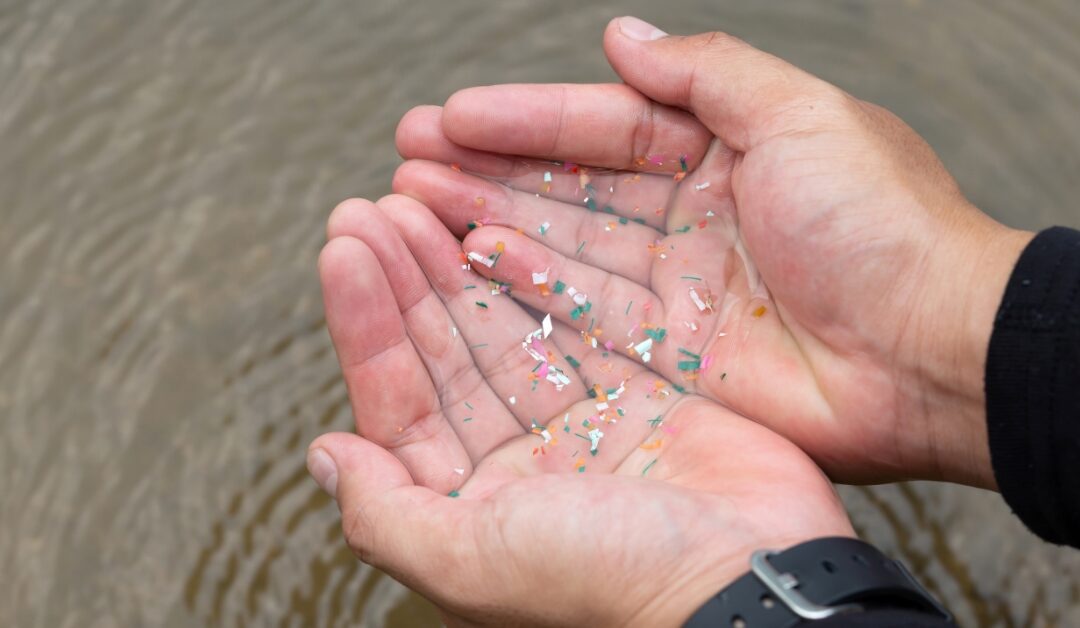 Broadly speaking, plastic particles are permeating pollutants present in the environment. Scientifically stated, plastics are non-biodegradable polymers of synthetic/ semi-synthetic nature obtained from fossil-fuel-based chemicals. For decades, we have termed plastic a cheap, versatile, lightweight, and resistant material, but it is time now to break that notion. The exponentially increasing plastic pollution across the world is a clarion call to humans.

Baseline – Our planet is choking on plastic

It is time for us to change how we produce, consume, and dispose of the plastic we use. Plastic isn’t just polluting the environment, it has entered our food and drinking water. A recent study on the discovery and quantification of plastic particle pollution in human blood showed that the sum quantifiable concentration of plastic particles in blood was 1.6 µg/ml in an average human body. What more proof do we need to sound the alarm?

Humans produce about 400 million tonnes of plastic waste every year. Not just that, the greenhouse gas emissions associated with the production, use, and disposal of plastics are going to grow at the rate of 19% as per the UN. Cigarette butts are the most common microplastics. The other major source is wrappers, bottles, grocery bags, straws, etc.

Microplastics – Invisible to naked eyes but disastrous for health

Microplastic is the smallest irregular size varies from 1μm to 5mm, it is an anthropogenic pollutant. These microplastics are plurally occurring in the global ecosystem. Microplastics are on a rise and now contaminating the whole food chain with a bad impact on human health. Even though studies are ongoing, there isn’t much data to support the statement regarding microplastics’ impact on the body. The immunological aspects establish that our body cell recognizes microplastics as foreign particle and develop enough critical complication in our body to cause sick or chronic disease.

At present, we only have a handful of information regarding the health risk of nano or microplastic, whereas ecotoxicological studies have shown detrimental effects of polyethylene terephthalate in freshwater Cladocern, Daphnia Magna species (Gerdes et al., 2019), which make sure that it is not good for living organism. Microplastic was reported in 80% of 22 human blood samples which is published recently in the journal, March 2022 (Leslie et al., 2022), and even though microplastics were found in the placentas of unborn babies for the first time reported. World Health Organisation (WHO) published a report on microplastics in drinking water to make enough controversy among people and consequently initiated the research investigation on microplastic in drinking water and reported thousands of microplastic particles in drinking water/ tap water. Thus, it is raising a major global concern to provide microplastic-free drinking water to humans. At present, a major concern for researchers in the evaluation and method development of microplastic testing is limiting quantifying hazardous substances for human health by assessing threshold values of microplastic particles in the human body. We can say that microplastic is recently considered an anthropogenic contaminant to the environment, but not yet standardized. However, ISO gives recommendations for three steps necessary for the standardization of method development for microplastic in environmental and biota, as a testing method including a sample from the various environmental matrices, sample preparation, and analysis. Although it does not comply with health-related aspects.

Methodology for hazardous testing or certified reference material is not yet developed for the validation of test methods. Major difficulties encountered during microplastic detection are – getting commercial analytical standards, the right reference materials, and Interlaboratory Comparison (ILC) studies. All this data can help in making a universal standard method for a particular drinking water matrix.

However, several laboratories worldwide are already beginning to develop a standard method for microplastic analysis as per testing demand throughout the world, because in the current decade the major global issue will be microplastic free drinking water. This is enough for justification for testing microplastic contamination in water. The standardized protocol for monitoring microplastic in seawater was published under the project BASEMAN in 2019. There are common techniques to use for microplastic testing as Infrared spectroscopy, Micro-Raman spectroscopy, and Scanning Electron Microscope.

Cultivator Phyto Lab has already initiated the process of sampling and testing water and food products for microplastics. We are in the process to develop an adroit, feasible, and accurate testing methodology for drinking/ tap/ potable water. We are also looking forward to applying the same testing processes to food products. Our scientists and scholars at Cultivator Phyto Lab use light microscopy, FTIR microscopy, and other technologies as per the compliances with national and international standards.